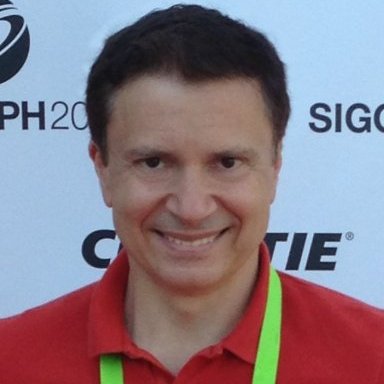 Demetri Terzopoulos is a Chancellor’s Professor of Computer Science at the University of California, Los Angeles, where he holds the rank of Distinguished Professor and directs the UCLA Computer Graphics & Vision Laboratory. He is also Co-Founder and Chief Scientist of VoxelCloud, Inc. He graduated from McGill University and received his Ph.D. degree (’84) from MIT. He is or was a Guggenheim Fellow, a Fellow of the ACM, a Fellow of the IEEE, a Fellow of the Royal Society of London, a Fellow of the Royal Society of Canada, a member of the European Academy of Sciences and the New York Academy of Sciences, and a life member of Sigma Xi. His many awards include an Academy Award for Technical Achievement from the Academy of Motion Picture Arts and Sciences for his pioneering work on physics-based computer animation and the inaugural Computer Vision Distinguished Researcher Award from the IEEE for his pioneering and sustained research on deformable models and their applications. ISI and other indexes list him among the most highly-cited authors in engineering and computer science, with more than 300 published research papers and several volumes, primarily in computer graphics, computer vision, medical imaging, computer-aided design, and artificial intelligence/life. He has given hundreds of invited talks around the world about his research, including more than 100 distinguished lectures and keynote/plenary addresses. He joined UCLA in 2005 from New York University, where he held the Henry and Lucy Moses Professorship in Science and was Professor of Computer Science and Mathematics at NYU’s Courant Institute of Mathematical Sciences. Previously, he was Professor of Computer Science and Professor of Electrical & Computer Engineering at the University of Toronto. Before becoming an academic in 1989, he was a Program Leader at Schlumberger corporate research centers in California and Texas.